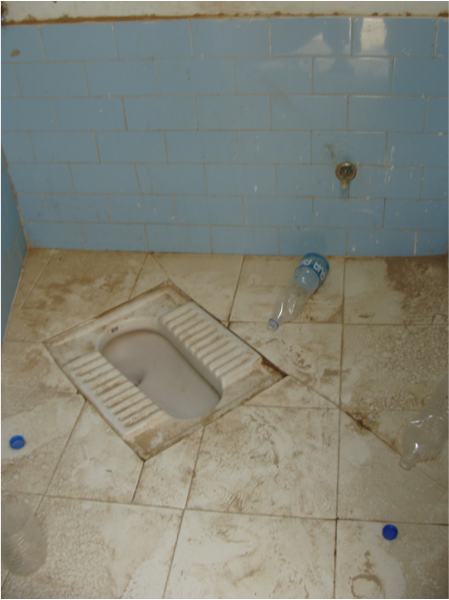 Before coming for a 6-month internship in India, you have a lot of preconceptions, fears and questions, and one of the biggest ones includes: what are the toilets like in India? What you usually hear in Western countries is that Indians use squat toilets and don’t have toilet paper. But sometimes you hear worst, like I did: that they practice open defecation.Then I arrived in India. Indeed I had to deal with the squat toilet, but in lots of restaurants, hostels and even in some family homes, I could find western toilets. But it is true: apart from hotels, there is usually no toilet paper available. So during my first week, one of my first concerns was to find toilet paper and never run out of it. I had to look for it every day or two.It was stressful. Usually you can only find single rolls that sell for about 40 rupees each. Then I finally got to my cluster in the rural village of Gajner, located in Rajasthan. With my housemates we bought toilet paper regularly in Bikaner, a city about the 45 minutes away from the village. In India you don’t throw toilet paper down the toilet since the pipes are quite small so we had to burn it and we had to burn it often. Meaning, every day or two we were dealing with bags and bags filled of soiled toilet paper that we had to dispose of in a metal bin outside of the house and set fire to, making the entire area smell horrible. I actually had to deal with one huge bag from our last quarterly meeting where all 30-plus interns were in our house. This bag had stayed weeks on the roof and was soaking wet from rainfall, among other things. It was a very horrible experience…

Toilets in India will always have access to water, either a tap located next to both a squat or Western toilet, or a little sprayer that looks like a shower head (this may sound hilarious but it is very true). I finally got to a point where I was comfortable using the sprayer and avoiding toilet paper when I urinated. Although sometimes your pants and underwear get wet from the sprayer or from using water to clean yourself, it really wasn’t and still isn’t an issue. Plus, it is over 40 degrees in Rajasthan most days. Even your sweat will dry instantly.

One day myself and my fellow interns in Gajner found ourselves arguing over toilet paper,“don’t use too much paper”, “be careful: it is expensive”, “nobody but me thinks to burn it”. To be short: toilet paper was becoming a source of tension. Eventually, we ran out of paper and we were not able to go to the city to buy more. No exit, we stared at each other… there was no choice, we all had to poo and our only option was water. The first few times were quite challenging but then we all got used to it. Finally, no more toilet paper to burn! AND the feeling of being super fresh and clean after each poop is awesome! I now wonder how I will do in France without my little spray shower. I can’t imagine going back to wasting all that toilet paper.

So have no fear, we’ve all been in your shoes and look at us now: pooping with no paper…welcome to India!