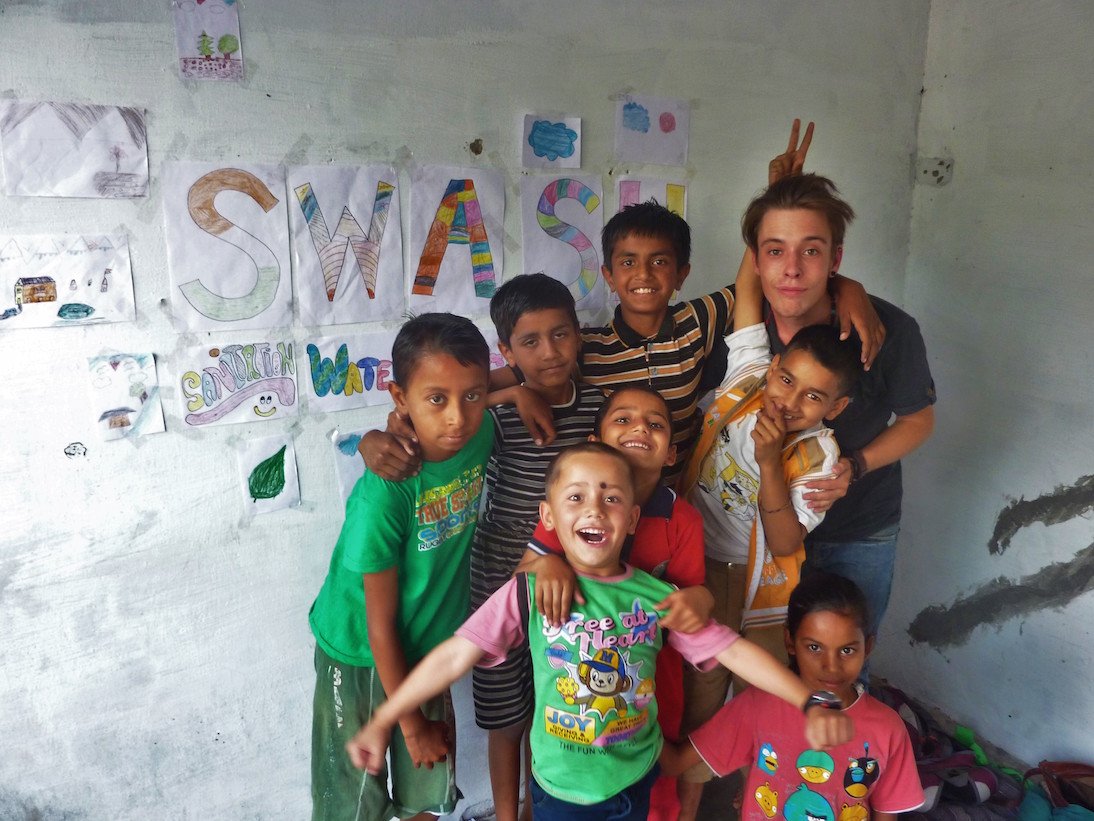 “It happens, it will happen again. It’s complex, it’s India.” ~Mr B

Hai, my name is Bruno. One of my strengths is that I’m flexible: I easily adapt to new environments, I am able to blend into unfamiliar cultures and lay contact with people unknown.” At least.. that is how I used to reflect upon myself. ‘Self-reflection’: a major aspect in my studies ‘Regional Development and Innovation’. Flexibility.. I’ve never been so wrong.

I arrived in India somewhere in the beautiful month of February. The flexible me myself and I had no troubles with the ten-hour bus drive from Delhi (Kashmere Gate) to Dharamsala, nor finding this Kashmere Gate by metro from Delhi airport. I just asked around and found kind people to help me. One of the first things I encountered and understood from India: helpful people, noted.

I arrived to Naddi with the biggest plans one can ever imagine. Waste management: creating systems, what could be so difficult about that? Getting the right stakeholders together, creating a value chain, monitoring some, and *POOF* gone waste problem. You’re welcome. I have never been so wrong; second time.

Cause in India it’s not only the case that (local) governments do not act on at least trying to solve this problem, waste management itself is a quite unfamiliar and unrecognised concept in Indian society. People’s knowledge on importance of preserving their environments is kind of.. nihil: absent.

So there Bruno Lauteslager, first-of-his-name, stood in the middle of India. With a ‘placement plan’ written for his studies; consisting of learning objectives and achievements to come. A week after arrival I understood that nothing was going to be like expected. This placement plan was of no value anymore and could be thrown away. Time to get flexible: Indian style.

I arrived in Rait, 40 minutes away from Dharamsala. A picturesque village somewhere situated in Northern India. At time of my arrival, Rait Centre was at setting-up stage. Although the centre had existed for a couple of months, some projects had not started yet. SWASH was one of these not-existing projects.

My time here in Rait summarised: after writing a GENUIS project proposal in which my MASTERPLAN on SWASH: Waste Management in Rait was documented, me and my partner-in-crime Ethan Donovan first-of-his-name researched on waste pick-up possibilities. If we could create a system from Rait to e.g. Kangra dumpsite or Dharamsala dumpsite we would only have to connect with shopkeepers or households in Rait. Well, you; dear reader, feel it coming: creating this system was not possible at all.

Together with these findings and understandings came major changes in the project. First of all: this was not going to be a plain ‘dumping system’ anymore. ‘Waste as resource’ would be the new motto. Or rather: forget about waste: the project had just changed to RESOURCE MANAGEMENT. This also meant: screw your proposal which you have worked on for a week or so, India has just changed your plans boy. And that is where the flexible me, and my perfectly written project proposal both went our own ways.

Well okay, nice and all Bruno, but who is involved in your ‘resource management system’ nowadays? –Very interesting, thanks for questioning dear reader. Right now I am working with 6 shopkeepers. At first ‘households’ was aimed for: this target group changed to shopkeepers –be flexible-. These shopkeepers have agreed on collecting their waste rather than throwing or burning it, and even have to categorise it. However, by the end of the day, if one of the three bins is filled with a combination of soft-plastics, paper, and recyclables, don’t forget to -..be flexible..-. In a meeting at the end of a week, whilst dear respective manager Mr B fires ideas for 20 minutes –stay calm and have your mind BE. FLEXIBLE.-

And then, after your internship at EduCARE India; having experienced to develop and execute in a complex project management setting, you may ask yourself the question: ‘will I ever be able to get back to ‘normal’ project management’ again?