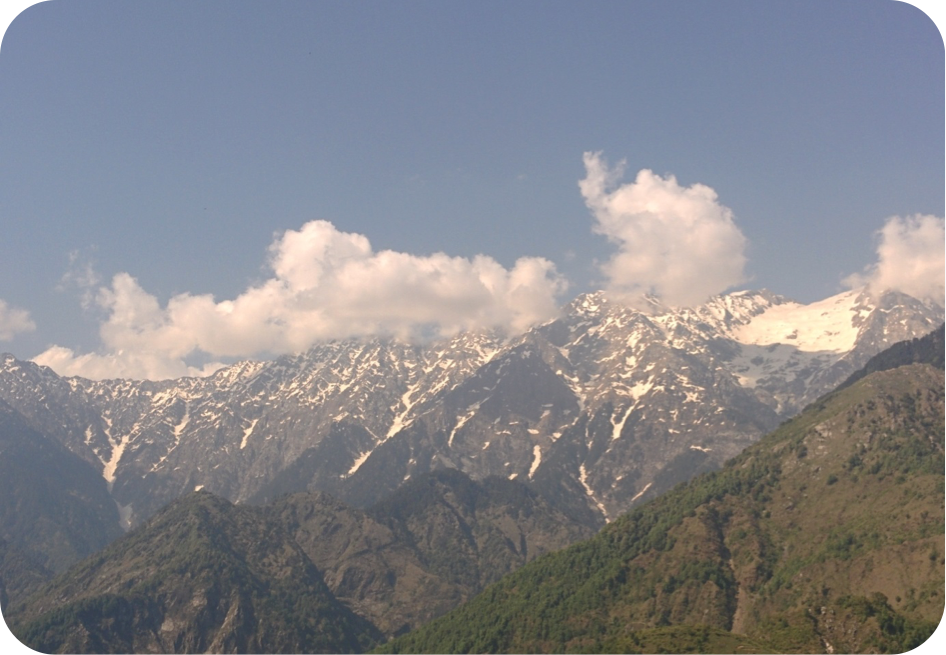 Before even arriving in India, I had many problems with getting my Indian visa. At this stage, I thought “Is it that India does not want me or what? ” But finally, after all I journeyed to Paris, excited to begin a beautiful day of long transport – meaning three aircraft, a taxi and a little walking.

I think I am someone who has already traveled a little bit, and saw many things. Yet when I arrived in Naddi, I knew that I had never seen anything similar. Initially, the heat is surprising, but only for a small time. What is most striking is the amazing view from the village.

Induction begins  the moment  I meet the family who welcomes me to stay for a week. This is the family of Pooja with Shika, Mom and “Uncle” (Dad). They are lovely people who did not hesitate to give me their room to sleep in, as they crammed themselves into the other room. At dinner, the menu is very simple (and good!): dal-rice, lentils and rice, which is often accompanied by a light curry sauce. Even full, you will take another plate! Overall, the food in India is excellent. Though taste is subjective, it’s quite hard to deny just how delicious the food is. I must say, however, as tasty as the food may be, it is somewhat difficult to eat potato curry for breakfast. But it is still very good!

Besides the food, induction week served as an opportunity for the new interns to learn more about the operation of EduCARE. Induction also provided insight on cultural differences, comparing India to our respective countries as well as others. Workshops are facilitated by other EduCARE interns, making discussions much more open and spontaneous, which also distinguishes this organisation from the traditional work environment.

To mention the most significant experience during this week of integration, Fun Club was an amazing moment. Looking back, I find myself still excited as I write these lines. We began by retrieving the kids from the village and then bringing them together. We played cricket, football, and improvised with other games. Initially, the kids were quite shy; however, soon enough, they began asking for my name. Next came the invitation for me to play with them. Fun Club ended in a grass battle, which I lost. After which, we took each child home.

In a few words, this is what emerged from my first week of induction and integration in EduCARE.  I encourage you to come and live it yourself!